I’ve been a Netflix subscriber since 2014 and while I see no issue with torrenting media I’m also happy to pay a fair price for quality content. In-fact many of the DVDs and Blu-Rays that I’ve purchased over the years are a result of me having previously seen the content elsewhere either by piracy download, loan of physical copy or TV broadcast. The best thing you can do for a content creator is to share their work so others can learn of it.

Now four years later I have encountered another hurdle while attempting to purchase content from Netflix. 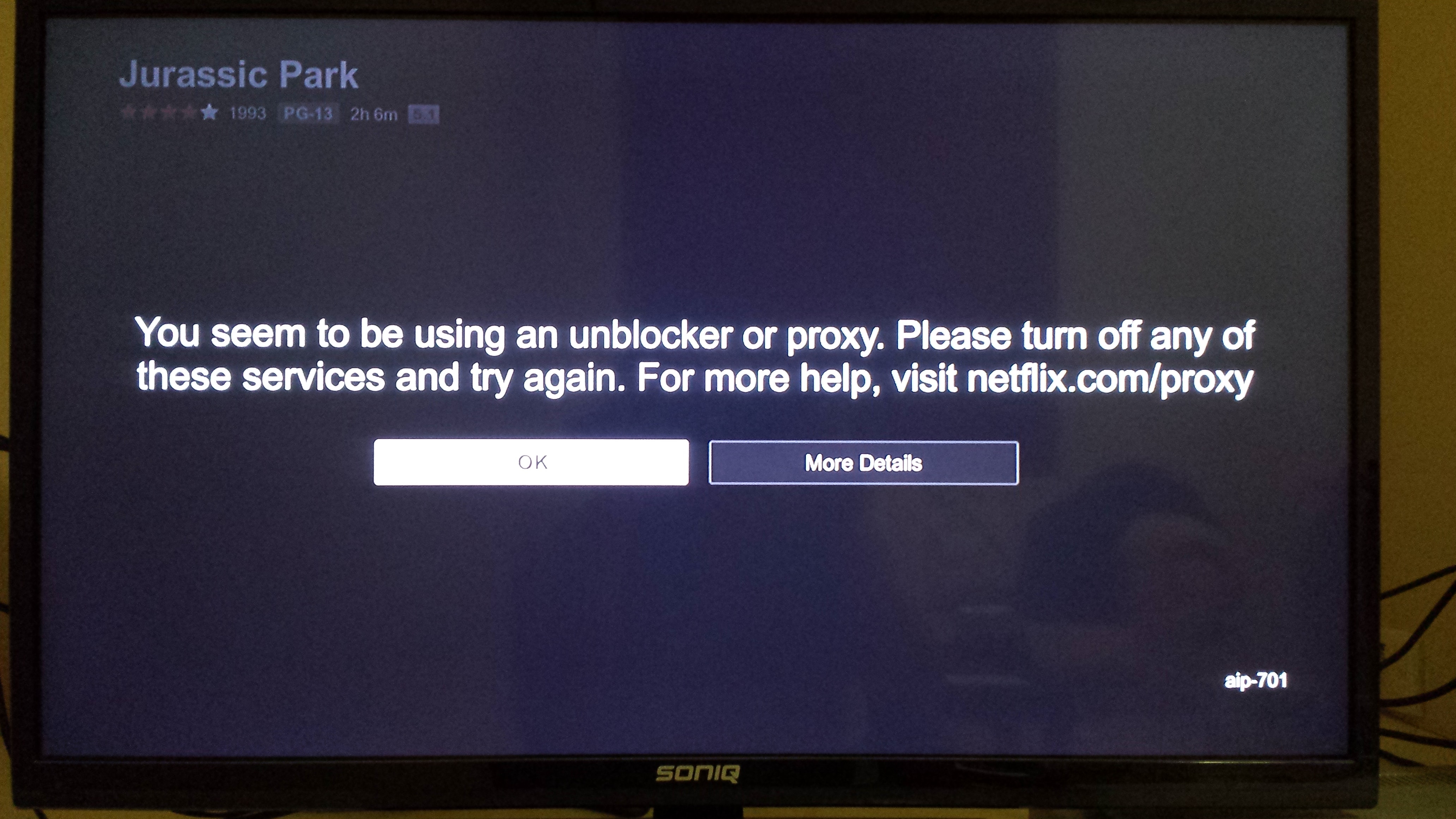 This did not happen previously, in the past Netflix has been happy to take my money and provide the service that I paid for. But since January this year Netflix has been cracking down on VPN services. It is only today that I found my own VPN blocked.

Since I access the internet exclusively via a VPN (as everyone should) this all but shuts me out of Netflix. Because my internet traffic is routed via the United States I have in the past been able to pay for and receive the same service as a person in the US, until now.

So the result is that I am no longer a Netflix customer. Because even if I were to split tunnel out of my VPN to connect to Netflix locally I would be shoved into the inferior Australian service rather than continuing to enjoy the much larger US catalogue that I’ve been using since before Netflix even came to Australia.

Why should I continue paying for what is now an inferior service?

With Region locked media, Geo(and VPN)blocking, Digital Rights Management and all the other crap (such as un-skippable trailers) that consumers have to deal with when they pay for content. Going to a torrent site and pirating your favourite content still makes a lot more sense than trying to pay for it.

Some of my DVDs

I like movies and TV shows, especially if it’s comedy. Even more so if it’s British comedy. As a result I have four draws like this (picture right) full of DVDs. However despite the fact that I buy DVDs I am a strong advocate of digital piracy and strongly support the views of the Pirate Party of Australia especially the decriminalisation of non-commercial copyright infringement. But I’m happy to pay for quality content even if paying is technically optional.

So on a recent trip to the UK I brought some DVDs an amongst the DVDs I purchased was Series 1, 2 and 3 of The Inbetweeners a show I would never have known about had I not previously downloaded and watched it from The Pirate Bay.

Content piracy lead me to discovering the show and eventually purchasing it; presumably this should be a good thing…. Right?

Well not quite. It wasn’t long after arriving back in Australia that I decided to play a disc from the set.

I know should have seen it coming, the disk is designed not to play in Australia I can still watch it on my PC, however I can do that with the pirated version anyway. In fact since the store purchased copy can’t be run from my DVD played this means that the pirated copy is actually more versatile than the copy I paid for. I thought paying for content was the right thing to do yet consumers get punished for doing just that.

This isn’t the first time I’ve run into bullshit on DVDs. There is a myriad of other bullshit that you need to put up with from DVDs, Clips and presentations that you can’t skip, menus that are slow to load and/or confusing, Scenes from you movie you’re about to watch, anti-piracy propaganda and commercials and region coding.

With a pirate copy you don’t have to put up with any of those problems. Just open the file once it’s finished downloading. In fact allot of DVD players today allow you to plug a USB drive into them and play the video file direct from the drive. No formatting to DVD required. So I have to ask….. What’s the point in paying for content when you are subjected to this sort of bullshit? It makes far more sense to just download the movies and tv shows. The pirated product is not only cheaper but works better too.