Back in January I visited the National Museum of Computing at Bletchley Park, England. Unfortunately I was running short of time and didn’t get to look at everything. But here’s most of what a captured with a camera phone. Click the images to enlarge them. 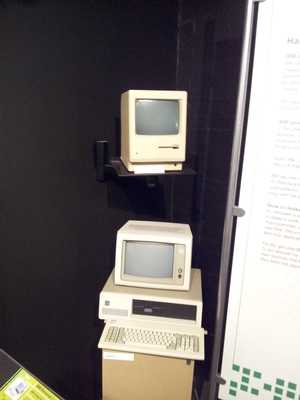 Apple Macintosh -1984 (above). IBM Personal Computer – 1983 (below)Here is an Apple Macintosh, I remember using one of these in school. The Greyscale Monitor is build into the system case and a keyboard and mouse plug into the front. If I remember correctly the power switch is on the back right-hand side (to the user) and is either orange of grey. The all-in-one design that made the Macintosh stand out in 1984 is still popular in modern Apple computers.

The computer below it is an IBM Personal Computer XT, it is the first IBM PC to come with an internal hard drive. It’s 4.77 MHz processor was impressive back in 1983.

I have no idea what the Hewlett Packard pictured below is about. It appears to be built into the desk. It is clear that the system doesn’t have a mouse and I suspect the interface would amount to allot of green text. 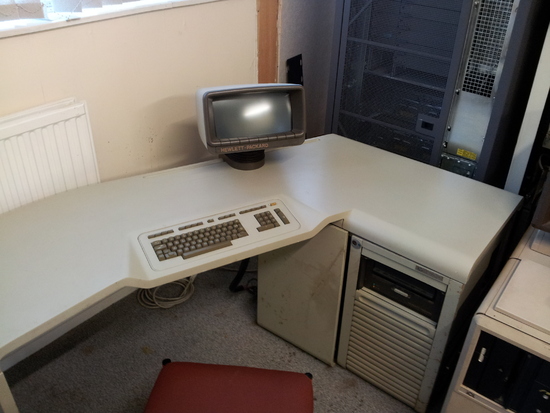 Surprisingly many of the systems in the museum are still in working order. There was a working Commodore 64. 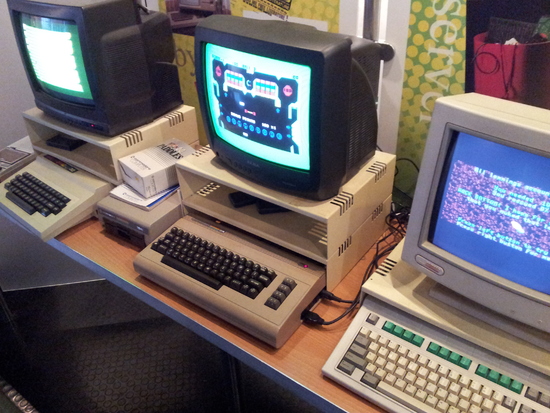 The Commodore 64 was one of the best selling personal computers of all time. The keyboard is built-in but it didn’t have a monitor. Instead of a monitor you plugged it into a TV, this made it cheaper and more affordable for the average person to acquire. It’s name is a reference to it’s 64 KB of RAM.

Here is the largest calculator that I have ever seen. 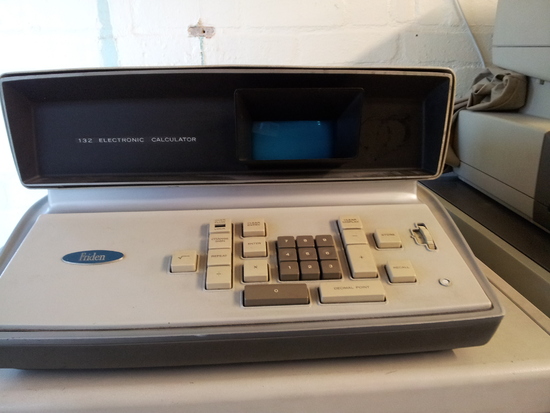 As you can see there is a lot to go through. 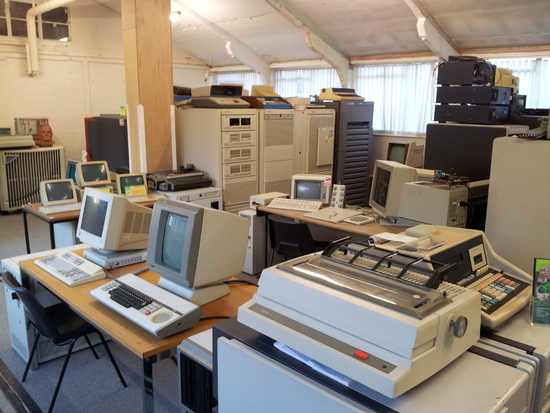 These days the average phone has more processing power than all the computers in the museum. 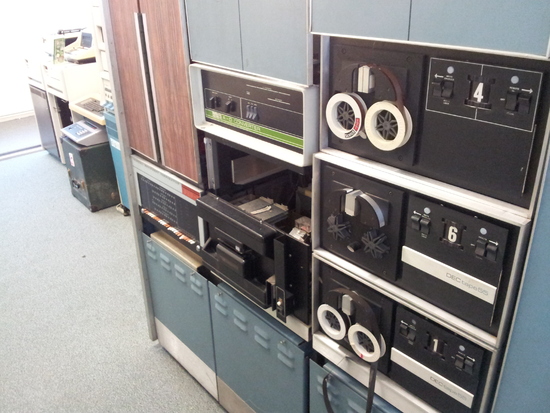 I recognise a PDP-8 on the end there, here is another one outside of the cabinet. 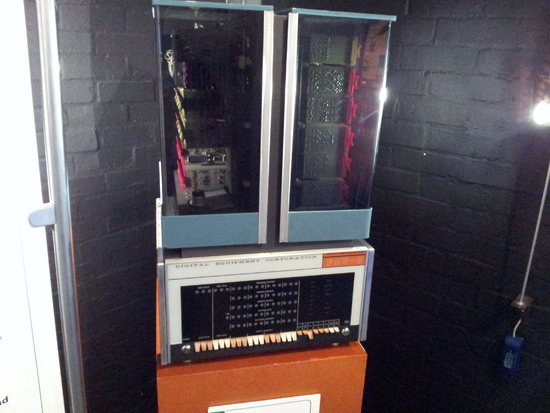 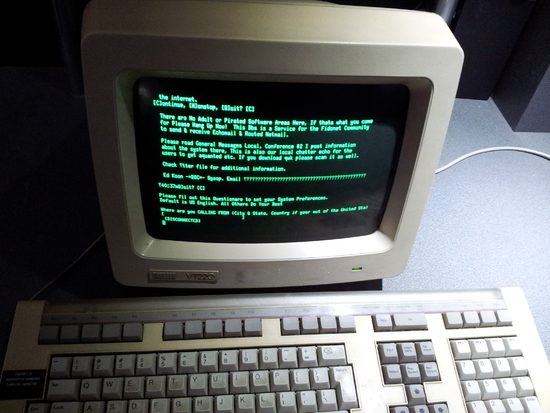 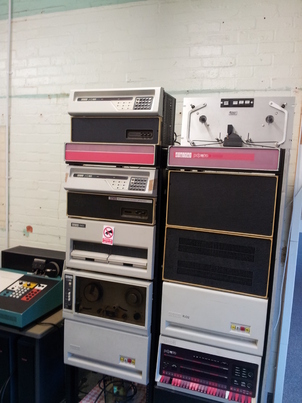 I regret not having the time to look through the museum thoroughly. There is so much to see and I have only photographed a small portion of what I saw. Now that I know this Museum is at Bletchley Park I can plan my time better on a future visit. 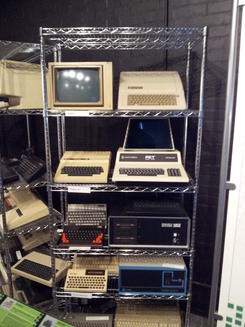 One thought on “A visit to the National Museum of Computing”