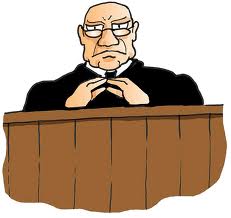 In the United States the New Jersey Supreme Court has just acknowledged the inherent unreliability of eyewitness testimony.

The New Jersey Supreme Court, acknowledging a “troubling lack of reliability in eyewitness identifications,” issued sweeping new rules on Wednesday making it easier for defendants to challenge such evidence in criminal cases. –The New York Times

This comes as no surprise to many within the Science/Skepticism community. The unreliability of human memory is well know and understood by many of us. Personally I consider eyewitness testimony to be inadmissible, pseudo-scientific bullshit.  I would not be any good on a jury; especially for the prosecution because I am only willing to accept evidence that stands up to the strictest scientific scrutiny. Unfortunately not all juries value evidence at the same level that myself and many others within the skeptical community do.

Juries put to much trust in witnesses because of some common misconceptions about how memories work. The common belief is that memories are recorded and then played back, much like a video recorder. However memories are not replayed as an accurate recording, instead they are reconstructed like pieces of a puzzle and they are also open to the power of suggestion. It is entirely possible to create false memories.

Many researchers have created false memories in normal individuals; what is more, many of these subjects are certain that the memories are real. In one well-known study, Loftus and her colleague Jacqueline Pickrell gave subjects written accounts of four events, three of which they had actually experienced. The fourth story was fiction; it centered on the subject being lost in a mall or another public place when he or she was between four and six years old. –Scientific American

This means that what a witness recounts may be different to what they actually saw. The person giving false testimony is not necessarily being dishonest, they are simply recalling their memory of the event. A memory that is reconstructed as they remember it; and thus may not be accurate. However most juries are blissfully unaware of the known research on human memory and this ignorance can lead to an innocent person being convicted.

Witness testimony is unreliable pseudo-evidence that should not be accepted as evidence in a court of law. If you are going to convict someone of a crime then it should require good solid evidence. Unfortunately eyewitness testimony is not good enough.

Why Science Tells Us Not to Rely on Eyewitness Accounts by Hal Arkowitz and Scott O. Lilienfeld

None So Blind by Michael Shermer