Note: I had delayed posting this for legal reasons, so it’s old news now.

Last month Wayne Pina-Roozemond an organiser of the Healthy Lifestyle Expo went on national television and publicly accused his critics of sending death threats to the expo because it had chosen to host Meryl Dorey of the Australian Vaccination Network as one of its speakers.

However like all liars these people are easily caught and have publicly confess to having lied to the media. 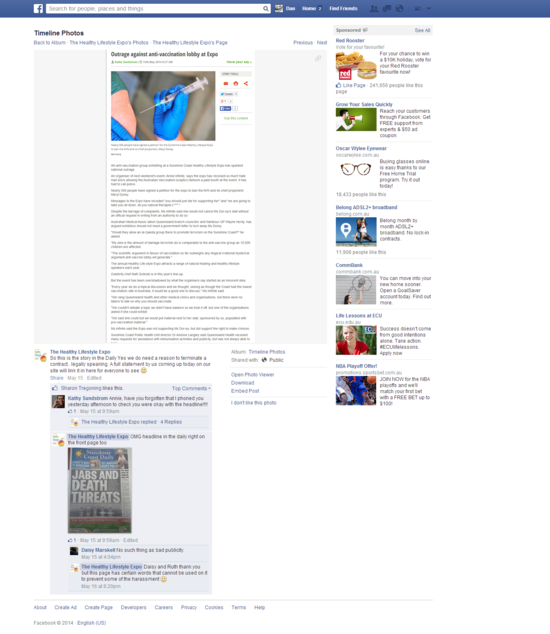 Facebook maintains a history of everything you have ever typed into it. (Including text that you delete before hitting “Post”.)

Claiming that you’re being threatened is a common tactic employed by miscreants to garner media attention. I just wish the media would wake up to the fact that these people have an infinite capacity to lie.