Those who have been following recent events will be aware that the AVN has now declared that it will cease publication of its magazine Living Wisdom. 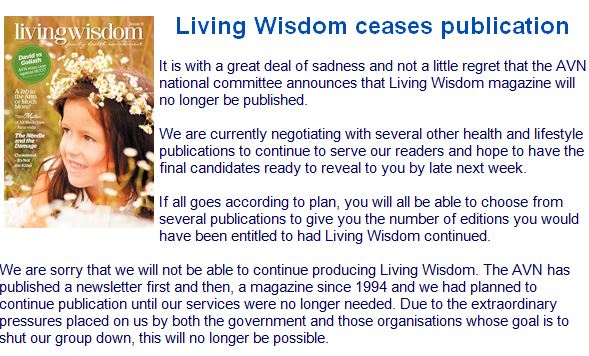 However it is estimated that from 2010 onwards the AVN received approximately $340,000.00 for magazine subscriptions that were not fulfilled. Currently there are 14 issues of Living Wisdom that have been paid for by subscribers but never delivered.

Due to Ms Dorey’s attempts to obfuscate the organisations financial records it is difficult to tell exactly how much money was scammed collected from subscribers who didn’t receive all of the magazine issues they paid for.

Yesterday the New South Wales Department of Fair Trading released a document confirming that as of 16th January 2013 the Australian Vaccination Network has still not submitted their “Summary of Financial Affairs” for 2011. 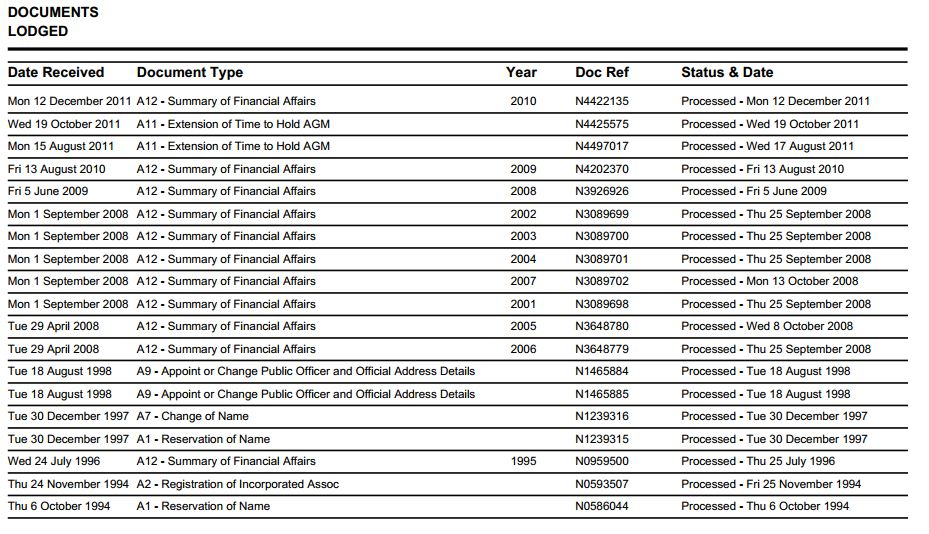 So I thought I would write to the new President of the AVN, Mr Greg Beattie and ask if the Living Wisdom subscribers would be getting a refund on their subscriptions for the 14 outstanding issues, and when the AVN would be meeting its obligation to its 2011 financial statement to Fair Trading. 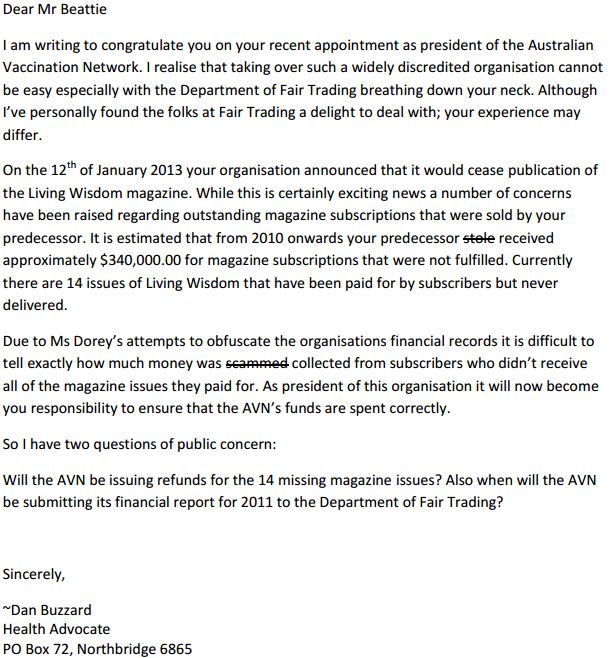 Those interested can write to the Australian Vaccination Network at: PO Box 177 Bangalow NSW 2479 and address the letter as either ‘President’ or ‘ATTN: Greg Beattie’ as Meryl Dorey is no longer in charge (supposedly).