For the past 10 days protesters have been camping in lower Manhattan in a protest called Occupy Wall Street. Twitter, Facebook and Blogs all over the internet have been alive with talk of the protest.

This is the image that has been doing the rounds of Facebook. See the streets jam packed with protesters. A protest that big certainly is impressive, but are there really that many protesters? 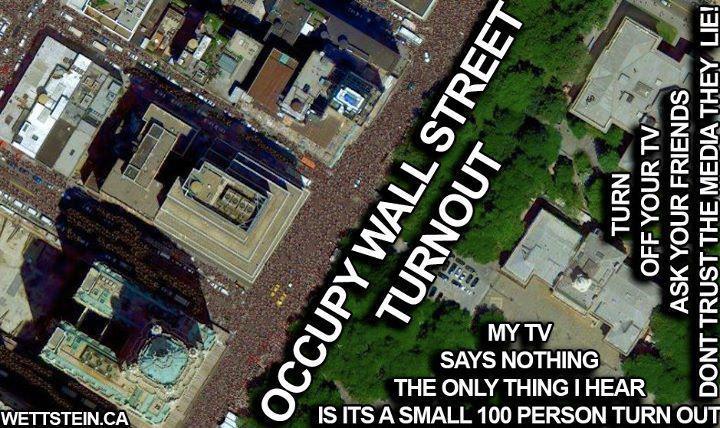 No, the photo is a fake, it was made by Jason Wettstein in a dishonest attempt to make the protest seem bigger and more significant than it really is. The forgery came to light when Travis Roy of the Granite State Skeptics posted it to the Skeptalk mailing list questioning it’s authenticity. Within 41 minutes fellow skeptic Tim Parkinson exposed the photo as a fake. 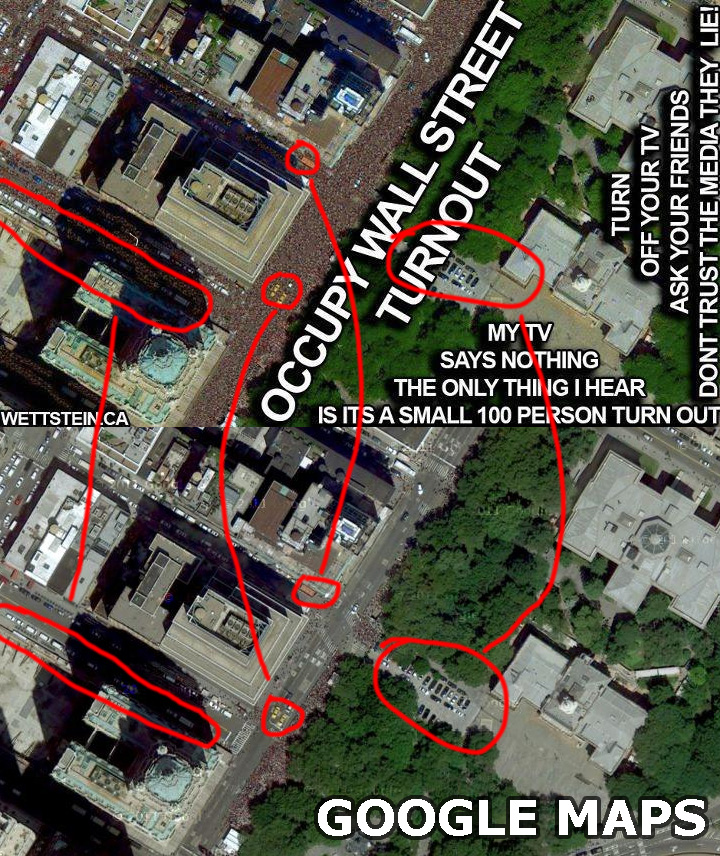 By forging this image Jason Wettstein has undermined his own cause. His image proclaims “DON’T TRUST THE MEDIA THEY LIE” so it is with great irony that I can now say. Don’t trust Jason Wettstein he lies.