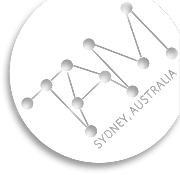 The Amazing Meeting is finally coming to Australia. It is to be held at the Masonic Center in Sydney from the 26th to the 28th of November and will be the largest Skeptical event in Australia. I will be in Sydney from the 24th to the 30th. After “The Rise of Atheism” I learnt that being early in and late out is best practice as you get a chance to attend the side-events that people inevitably organise. I have booked all my flights and accommodation and will be staying at Ibis World Square which is on the same city block as the Masonic Center and appears to be within 100m. That’s another lesson learnt; don’t have your accommodation across the CBD on a higher elevation. It doesn’t work in your favor.

With news that only 600 tickets would be available and news that TAM London in 2009 sold out in one hour people were rushing to grab tickets as soon as they became available. The sudden rush caused the ticketing server to become over whelmed in just minutes and the Twitter hashtag #TAMoz became bombarded with people bitching about the situation. It took me 38 Minutes to connect and secure my ticket.

The ticketing was handled by an events company called ASN Events and one frustrated individual even tweeted:

To which an immediate response was:

@MoviusC 25000 people probably registered by fax or had their P.A. do it for them 🙂 Most likely not fanatics like #TAMoz attendees. –dingram

Fanatics seems like a good word to describe the mob rushing to to by Tickets at 7am but now 12 hours later there are still tickets available so the morning rush seems to have been rather pointless. But that’s what you get when you announce that there are only 600 seats available to a bunch of fanatic Skeptics.

In addition to the official schedule we (attendees) are in the progress of organising side-events. It’s early but people seem keen to become a little more organised than we were at the Atheist Convention in March. Now instead of people just stumbling across the side events on Facebook or Twitter we have a Meetup.com group setup to collaborate all the events into a single calendar. The TAM Australia meetup group can be found here.

The official TAM Australia site can be found at: http://www.tamaustralia.org

The unofficial side events can be found at: http://www.meetup.com/TAMAustralia/