There was a time when Mery Dorey of the deceptively named “Australian Vaccination Network” would be called upon as a medical expert on vaccination. When the media used to treat her as a credible source for information on vaccines. Before the Health Care Complaints Commission issued it’s public warning against her.

Since then things have been going downhill rapidly for Dorey and her organisation, very rapidly. Only a few months later the Australian Vaccination Network had it’s charitable status revoked preventing Dorey from engaging in fundraising activities.

The loss of charity status appears to be taking its toll. ‘Reasonable Hank’ from Stop the AVN has pointed out the difficulty Dorey is having delivering her magazine; to the point where she is attempting to redefine the meaning of the word subscription in a desperate attempt to justify failure to fill her orders. Of course this doesn’t stop Dorey from selling the subscriptions even if there is no magazine to ship.

Meryl Dorey sent out a newsletter on Monday confirming what many of us have already suspected and hoped for; the Australian Vaccination Network is indeed being brought to it’s knees by the skeptical community, health authorities, media and medical professionals.

It is necessary, once again, to ask you to read about another ignorant and vicious allegation by Stop the AVN (SAVN) and the Australian Skeptics. Without any cause whatsoever, both myself and the AVN National Committee are being accused of fraud because our magazine, Living Wisdom, is late.

You would know – and I have been quite open about this – that Living Wisdom magazine is very delayed in its publication. And there is good reason for this. Here are just some of the jobs that are necessary, day-to-day for the AVN to continue operating:

Previously, we had 5 people in our office to perform these jobs – a graphic designer, a bookkeeper/office manager, her assistant, an advertising salesperson plus me. Now, there is just one person to keep it all under control – me. When it comes to the day-to-day work of the AVN, there is nobody else besides me to do the job (though our committee does an incredible amount to support me and other AVN members, the tranny of distance means they cannot be working here on the spot). -Meryl Dorey 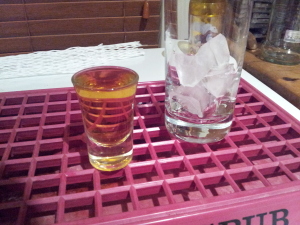 11 thoughts on “The Australian Vaccination Network is being brought to it's knees.”