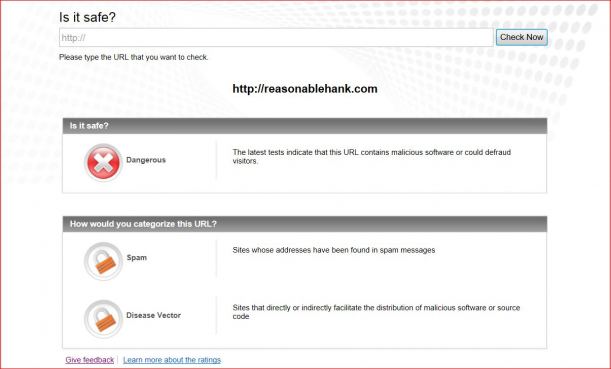 We believe supporters of the Australian Vaccination Network have been reporting skeptical blogs as malware in an attempt to have them blocked by malware vendors. This type of behavior has come to be expected from those who lack the evidence to backup their claims.

There is an especially nutty fruitloop called Liz Hempel who had a few things to say on Twitter regarding the blockage of Reasonable Hank. 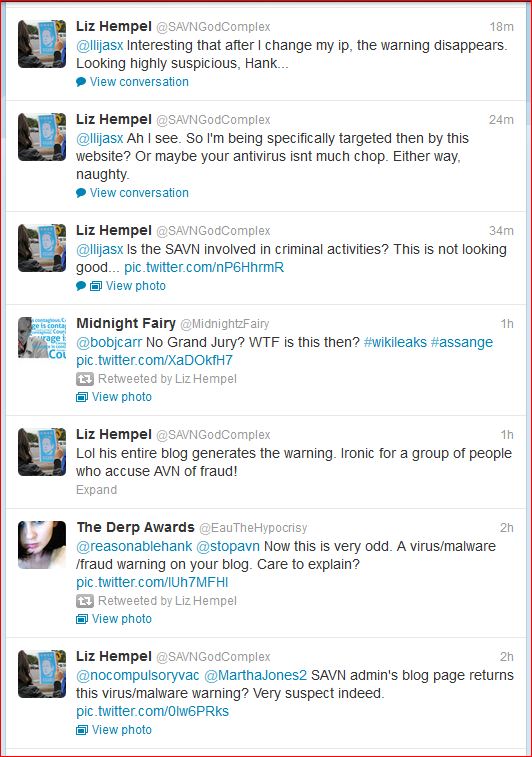 Liz Hempel (if that’s even her real name) is quite clearly making false accusations of fraud and criminal conduct. Without any evidence to backup those accusations of course, but then lack of evidence is what the anti-vaccination movement is all about (and promoting disease). 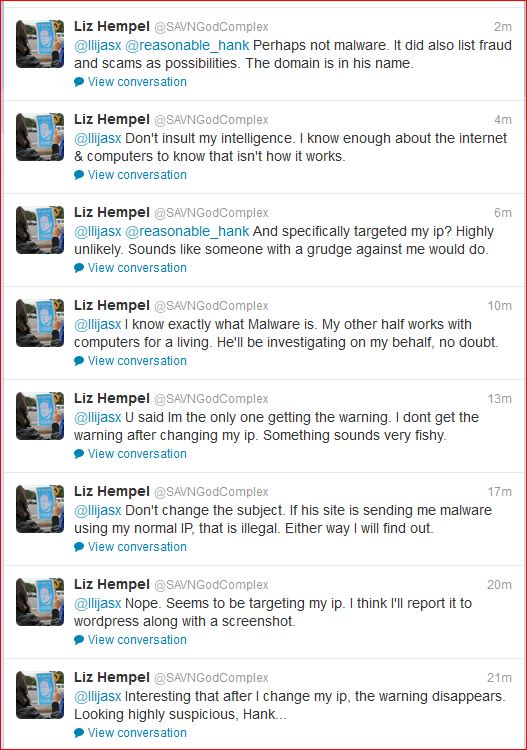 Liz clearly knows little about the Internet. She receives the warning because she is most likely using Trend Micro which is blocking the page. Perhaps she thought reporting a page she didn’t like would get it removed entirely from the web, she is wrong only users of that particular blacklist are affected by the blockage.

I like her suggestion of reporting it to WordPress.com. Services providers receive threats, abuse and complaints as part of their daily business but no decent service provider is going to remove content unless compelled to by a court of competent jurisdiction. They espesially aren’t going to act at the whim of anti-vaxx bullshitters. Nice try Liz but once more you fail.

Incidents like this just highlight the lengths that anti-vaxxers will go to; or in this case attempt to go to in order to silence critics of their ideology. While Liz Hempel doesn’t know what she’s doing not all anti-vaxxers will be so incompetent with technology and those of us who run sites likely to incur the wrath of others should take steps to ensure that our sites and services are secure from those who would like to silence their critics in desperation. I expect we will see more underhanded tactics being used in the future, by those with an otherwise indefensible position.