I think Labor’s proposed National Broadband Network is bullshit. Not because we don’t need faster broadband but because Labor is offering it as bait to try and win back the voters. Having seen how fast Highspeed Broadband in mainland China is I am happy to say ‘no thanks’ to Labor’s National Broadband Network. Because while a faster Internet may seem tempting the idea of being restricted to government approved sites and services via Internet Censorship makes it a pretty raw deal. 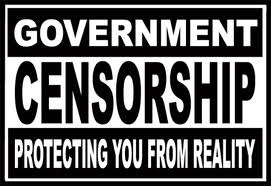 Yes, Australia needs faster Internet but I believe there are better ways to achieve it. One of the reasons Conroy wants the ability to censor at the ISP level is because content providers; including Australian Citizens and Businesses often place their websites on United States based servers in order to avoid take down notices from Australian Authorities.

I believe the key to upgrading our infrastructure is to encourage more companies to set-up their data centres over here and the only viable way to do this is to abolish the regime of censorship that our nanny-state of a country has embraced for so long. (We don’t even have R18 for games.) Nobody is going to place servers in Australia if they think there is even the slightest change of being ordered to shut it down. I am not talking about the proposed ISP level censor here but rather the existing censorship that comes from ACMA in the form of take-down notices and $11,000 per day fines. This type of censorship has been around for many years but fortunately the Internet has help liberate the Australian people by giving them a means to speak out. The Internet has given the people a voice and freedom of speech like never before and the Australian Labor party wishes to silence it by implementing mandatory service provider level censorship. This combined with the plan to monitor the Internet usage of all Australian Citizens is destroying our digital economy and moving us towards George Orwell‘s Nineteen Eighty Four.

Labor will chase any would be investors away with even more draconian Censorship. In order to move forward we need to become a safe haven for freedom of speech and freedom of information. That combined with our own investments into the infrastructure will provide an incentive for overseas and Australian companies to run servers in Australian data centres which ultimately means they will be investing in Australia’s communication infrastructure and economy.