For sometime now an Internet Troll by the name of Luke E Lawless has been hassling skeptical blogger Peter Tierney aka Reasonable Hank, winner of last years Skeptic Of The Year Award.

Message sent to Peter; from Luke.

Like much of the harassment that members of this community face it was done behind the veil of anonymity as Luke E Lawless is clearly a fake name, this is also confirmed by the fact that this individuals identity has since been revealed. Due to a comment he made on Peters Blog. 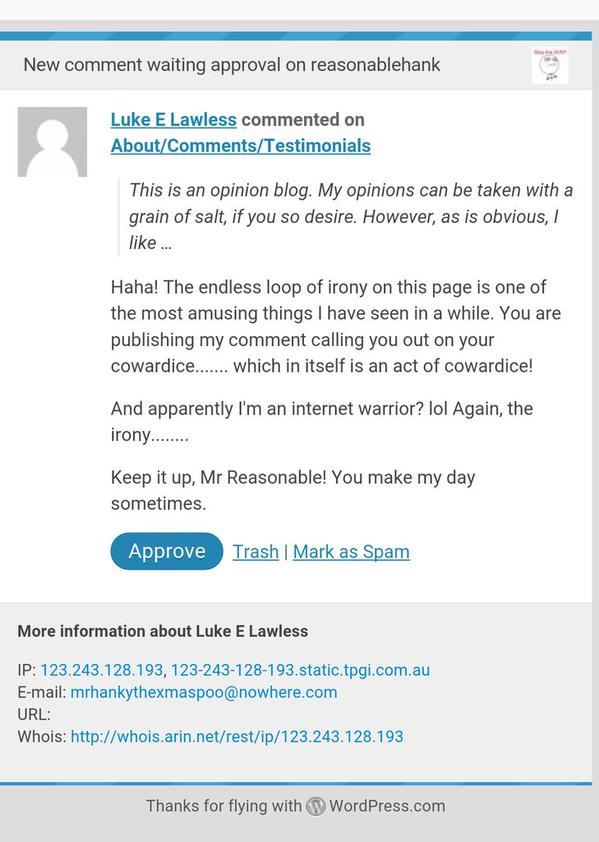 Normally an IP address alone is not enough to identify an individual and most people have nothing to be concerned about. However the anonymous Luke E Lawless certainly wasn’t happy and immediately accuses Peter of promoting criminal activity. 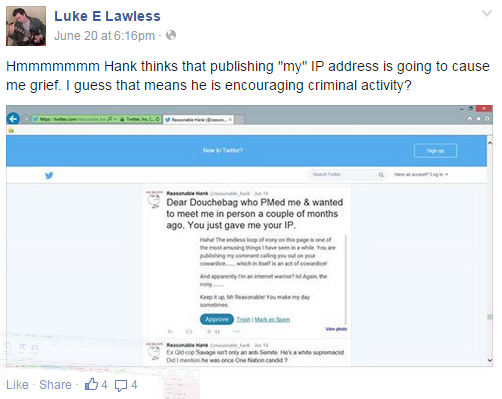 So concerned was Luke E Lawless that he found a question on Stack Exchange about IP Addresses and posted it to his Facebook wall in order to reassure himself that everything would be alright. 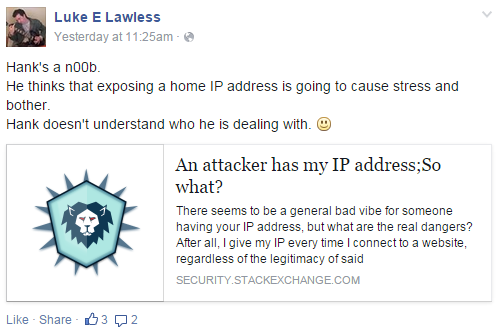 Actually when a person engages in a campaign of harassment getting their IP address is often the first stage in identifying the culprit. People like Luke O’Hehir owner of Elegant Logic in Melbourne who believe  they can engage in abusive behavior behind the veil of anonymity will always slip up eventually and allow us to build their profile.

Luke O’Hehir was de-anonymised using more traditional investigative methods but a court order against his Internet Service Provider would also have worked to identify him via his IP Address. It wasn’t used this time but yes, once we have your IP we can potentially identify you with it.

Since being identified Luke O’Hehir has been posting even more batshit crazy things to Peter. Here’s a classic. 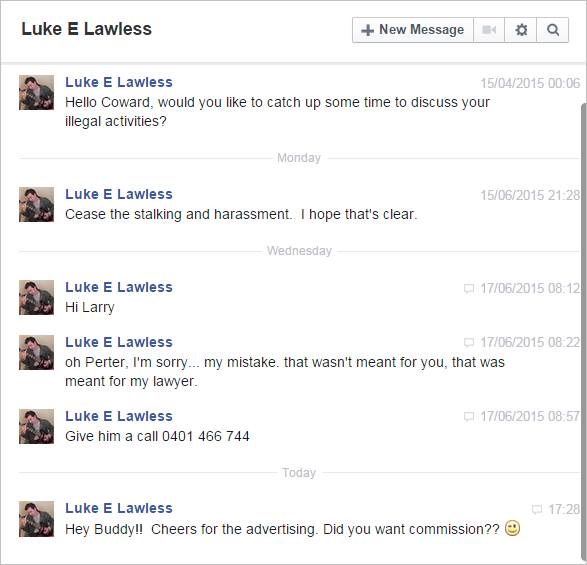 This is the old “I have a lawyer and you better believe it” tactic. It’s a beyond pathetic attempt to curb criticism. I have yet to meet a Lawyer who uses Facebook to communicate with clients. Luke O’Hehir is simply upset that he was caught.

Equally funny (and Pathetic) is the “I have a cop” tactic. 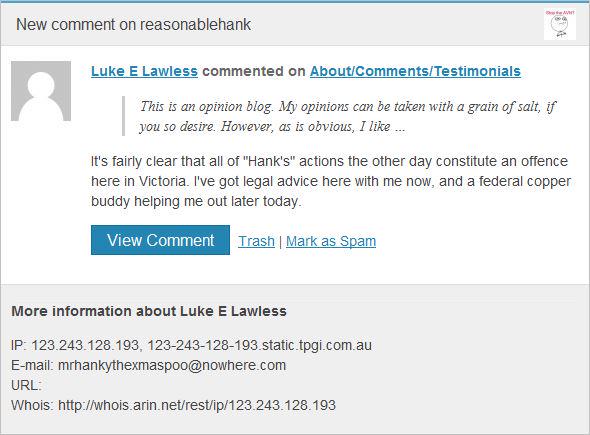 Keep going Luke O’Hehir. As someone who presents themselves as an IT Professional you seem to have a poor understanding of both the Internet and the law. I look forward to the headline “De-anonymised Internet Troll sues harassment victim for whambulance fees.”