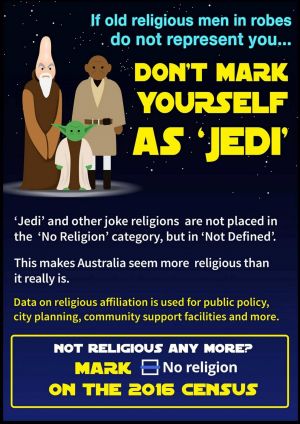 One thought on “Don’t mark yourself Jedi this census.”