Meryl Dorey of the Australian Vaccination Network has asked her followers to send photos of dead children to Chris Dore the editor of the Courier Mail.

The Editor of the Courier Mail newspaper is Chris Dore. His email address is chris.dore@news.com.au. I would like to ask if everyone who wrote to one of the health ministers last week due to the threats to our rights to claim the FTB also send your letters to Chris Dore.

So please resend your letters to the address above. And if you have a healthy, unvaccinated child, include pictures of them. The same if you have a child who was injured or killed by vaccines. -Meryl Dorey, 13th April 2014

This is in response to the Courier Mail running a campaign called “Keep Our Kids Safe – Immunise” not only are anti-vaxxers opposed to life saving medicine, but anyone who doesn’t agree with them can expect to be bombarded with photos of dead children.

Meryl Dorey is now lying about having sent the email that I quoted in this article.

Here is why the Courier Mail contacted me tonight. Our old ‘friend’ Dun Vulture (again, not using real names because that could get me kicked off of Facebook) from Stop the AVN has been telling lies on his blog page. I know, I know – you are really surprised, aren’t you?

Below is an image of his post that was uploaded this afternoon. Obviously, he or another one of the septics sent this to the Editor of the Courier mail who decided that this was a really big story (as opposed to the stories of our children who have been so badly affected by vaccines…).

Now, all you have to do is read what I actually wrote in the post below – I will copy and paste it here – and you will see that Buzzar – I mean Vulture – kindly added the words “or killed’ to what I’d written.

“So please resend your letters to the address above. And if you have a healthy, unvaccinated child, include pictures of them. The same if you have a child who was injured by vaccines. ”

But stop for a minute. What if I had asked people to send pictures of their babies who had been killed or injured by vaccines? How many pictures of Dana McCaffery, the child who was killed by whooping cough, do you see on newspapers today, 4 years after she died? But do you ever see pictures of Ashley Jade Epapera who died a year later from the flu vaccine? Or Ian who died a terrible, painful and protracted death from the Hep B vaccine he was given at birth? Or any of the other hundreds of children in Australia who have died as a result of vaccination?

If the editor was upset about getting pictures of babies who had died from vaccination, maybe that’s a good thing. Maybe it will prick his conscience (no pun intended) and maybe, just maybe, it will mean that he will stop ignoring our families?

So here are some screenshots from three seperate and trusted sources. 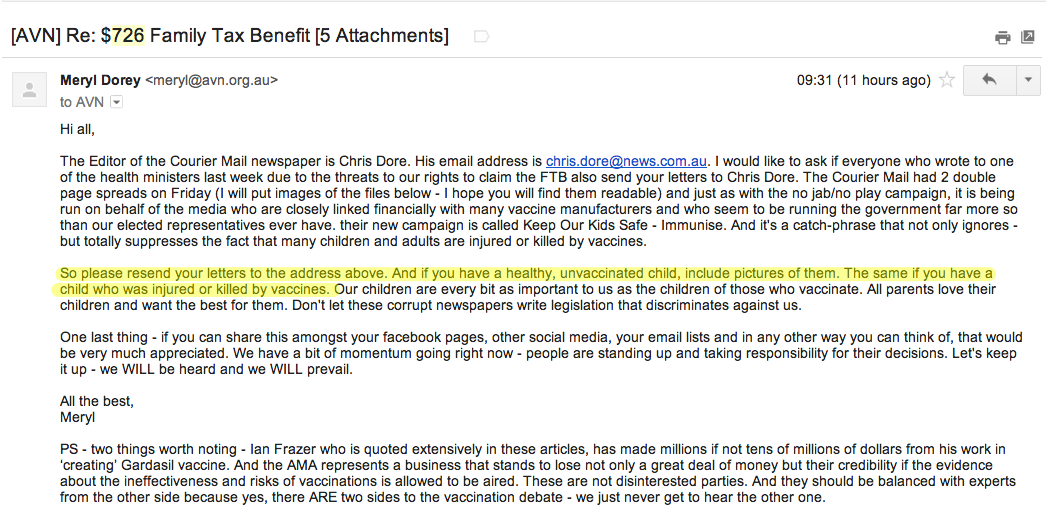 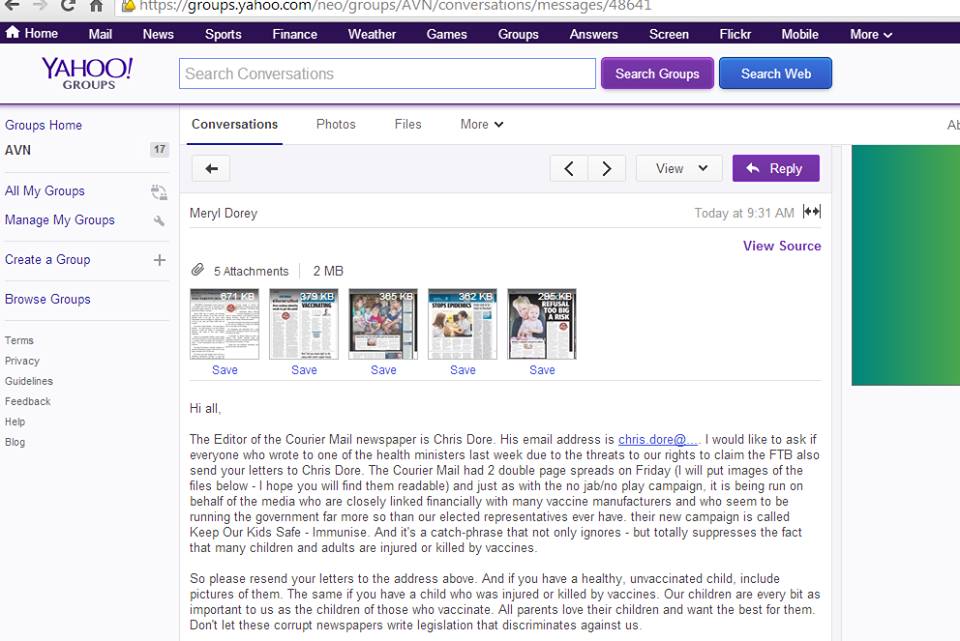 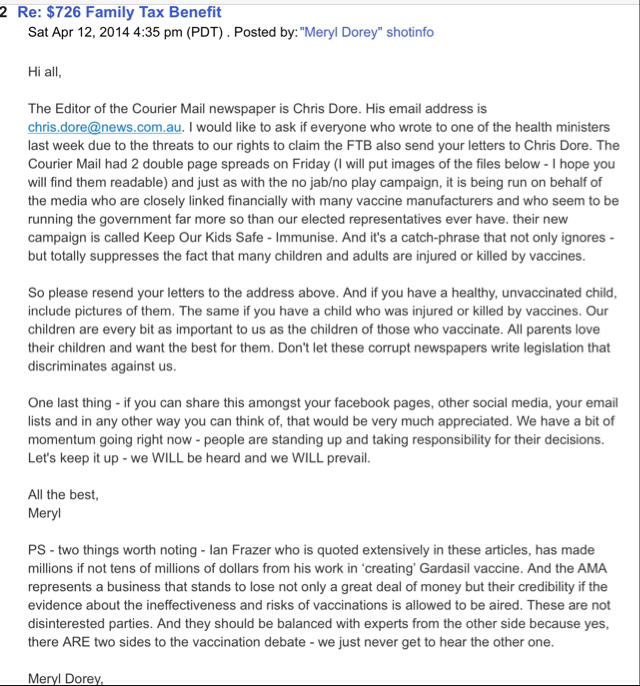 Now here is Dorey denying having sent the message. 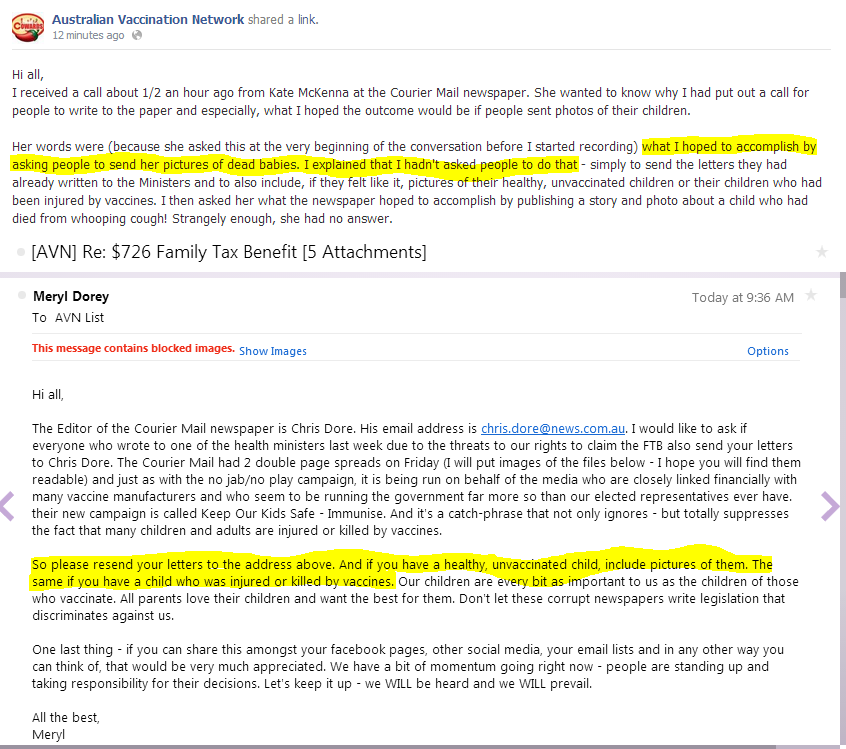 4 thoughts on “Meryl Dorey asks for photos of dead children.”