The Australian Vaccination Network announced the discontinuation of their magazine Living Wisdom over 15 months ago on the 12th January 2013, but as of 12th April 2014 continue to promote it as a benefit for becoming a member of their organisation. 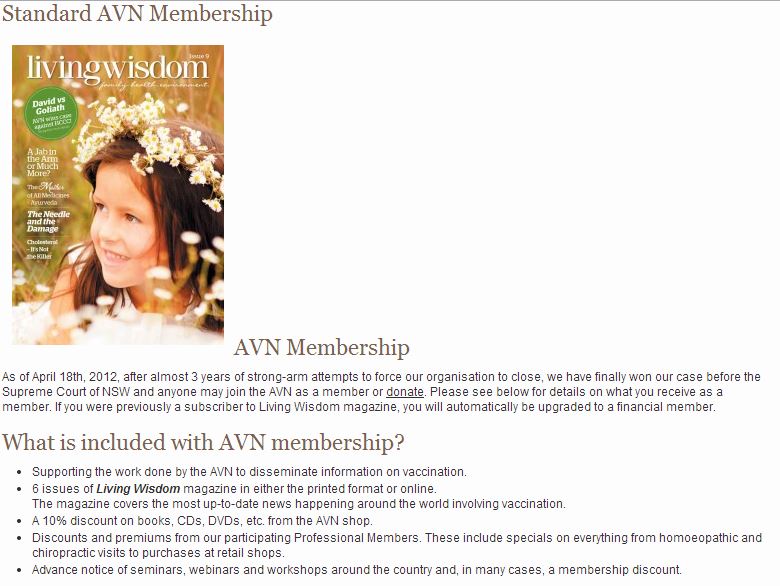 In Australia selling something (in this case membership) under false pretences constitutes fraud.