It looks like Monika Milka has been upset by all the negative publicity exposing her scams lately. She has posted this absurd piece on her public Facebook page. 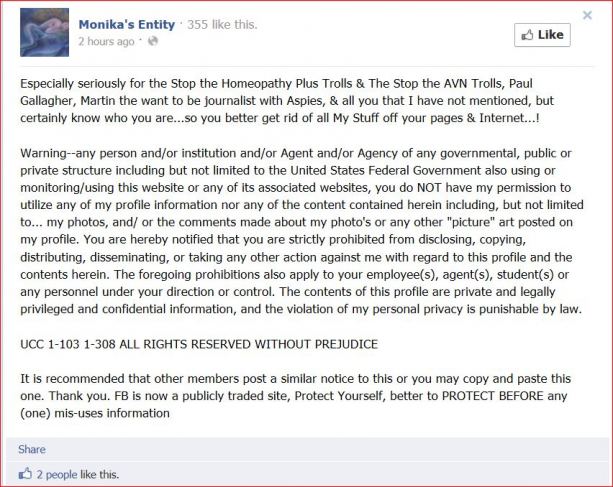 Because she wouldn’t want anyone to see her silly comments, such as this.

That would be the Today Tonight show that publicly exposed her. Of course she provides no source for this claim. In true quack style Monika is rapidly deleting comments making it harder to keep them in the correct timeline. She has a lot of criticism that she doesn’t want anyone to see. The link to my blog post about her has already been removed from the Facebook page. So what you see in her timelines are only part of the conversation. 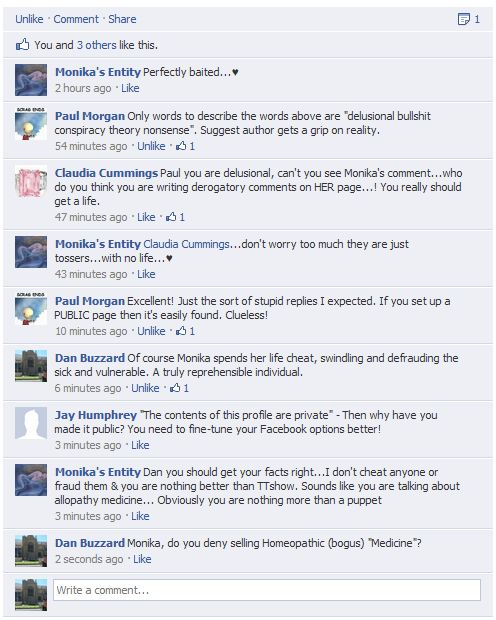 After I mentioned that Homeopathy is bogus medicine she posted this.

So I’m a terrorist, except I’m not the one harming people with unproven treatments. Some of Monika’s remedies have been shown to cause direct harm, which is why she is now on the radar of health authorities.

People who sell fake medicine to the public hate being called out on it. The Facebook page where Monika Milka promotes her fake medicine can be found here.

One thought on “Monika Milka is upset by publicity.”