Actually they are legally required to do the recall http://www.recalls.gov.au/content/index.phtml/itemId/1066577

Mountain View is an organic milk producer in Victoria that sells raw unpasteurised milk, which is illegal in Australia unless you exploit a loophole that allows you to sell it for “Cosmetic Use” in this case Mountain View sells it as Bath Milk. But recently Mountain View has been directly linked to the death of a toddler.

The toddler, understood to be from Melbourne’s Mornington Peninsula, died after drinking raw milk, believed to be Mountain View Organic Bath Milk.

Mountain View Farm owner Vicki Jones said she was shocked by news of the toddler’s death, but said the dangers of raw milk had been sensationalised by the media.

The owner of the farm has been quoted as saying.

“We’ve posted the health warnings on our Facebook page and emailed everyone we know. People need to know there are risks with consuming it,” -Vikki Jones

However on the 21st of September last year Mountain View promoted the drinking of their product on Facebook. 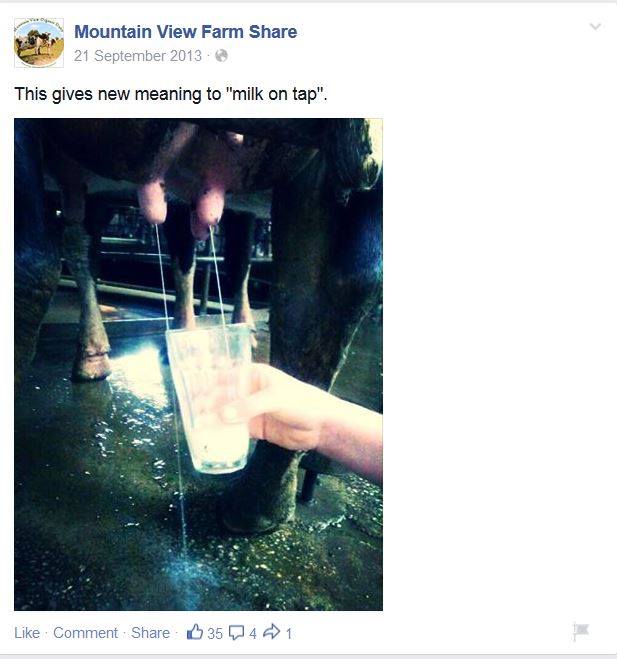 Not for Human Consumption?

Despite the lies Vikki Jones told the media, Mountain View promotes the drinking of raw milk. A product they just happen to produce. 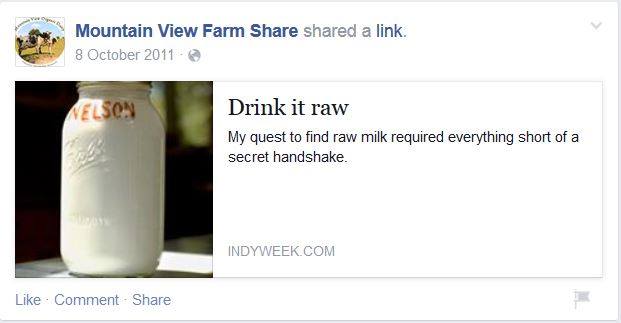 Mountain View also make a mockery of health authorities who claim that raw milk is unsafe.

A three-year-old child died after consuming unpasteurised Mountain View Organic Bath Milk, which is labelled “not for human consumption” and “for cosmetic purposes only”.

Four other children are seriously ill after also drinking unpasteurised cosmetic milk, though which brands they consumed is unknown.

The owner of Mountain View, Vicki Jones, told Guardian Australia on Thursday that what consumers did with the product once they got home was up to them. Her company is based on the Mornington Peninsula in Victoria.

A photo shared by the Facebook page of the business on 20 November implies the US Food and Drug Administration (FDA) authorises the use of harmful substances while wrongly demonising raw milk. –The Guardian 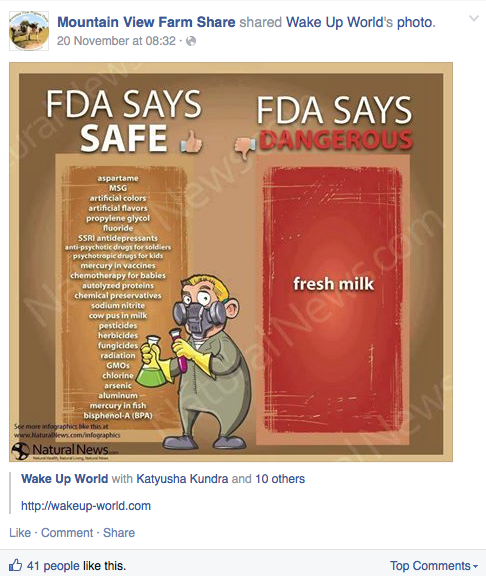 After the Herald Sun wrote about “Killer Milk: Health alert after children struck down” Mountain View Farm posted a venom spitting update to it’s Facebook wall. They have since deleted it, and are now trying to cover their tracks. However I’m certain a court order will uncover everything they have deleted. 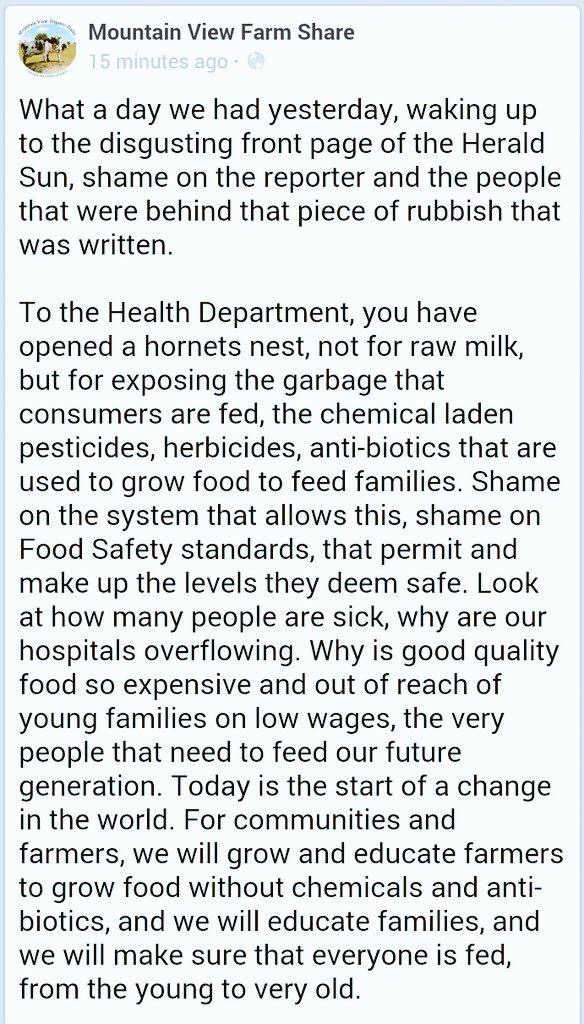 Mountain View Farm has been caught red handed selling a dangerous and illegal food product. They exploit a loophole in the law and pretend to sell Bath Milk but in reality they know their customers are drinking it, and they encourage their customers to drink it. Now an innocent toddler has died as a result of their unethical business practices. I hope the authorities come down on Vikki Jones and Mountain View Farm for their involvement in the toddlers death.