Sherri Tenpenny is an anti-vaccination campaigner based in the United States. She is currently planning a speaking tour in Australia where she plans to lie to parents and convince them to forgo life saving vaccinations for their children. Her tour is being organised by Stephanie Messenger, a woman who openly advocates measles for children. In my opinion Messenger is openly advocating child abuse by suggesting the measles in beneficial for children.

So it should come as no surprise that there is a big push by public health advocates to stop these health menaces from endangering the community. One way to do this is to contact venues and ask them to cancel, most are happy to oblige once they understand that their venue is to be used to spread lies and fear mongering with the aim of increasing the infant mortality rate.

But the anti-vaccination movement has started to fight back with the only tactic they understand. Violence and threats. Already two of the venues have been threatened by notorious anti-vaxxer Frankie Vazquez, who has suggested blowing up a restaurant under the alias Dolmio Joseph Vazques and burning a golf club. 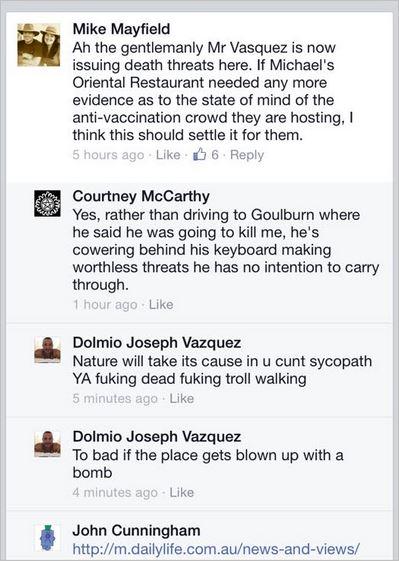 Mr Vazques is no stranger to threats of violence. He sent the following to a critic of the Australian Vaccination Network. 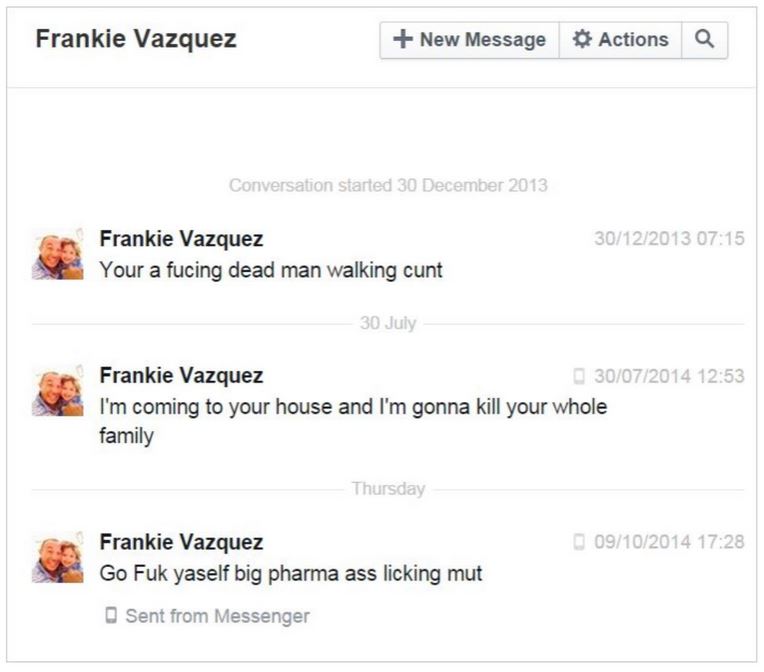 He also had the following to say about vaccination researcher Dr Paul Offit.

Both venues that were threatened by Vazques have since cancelled the anti-vaxxers events. Bringing the total number of cancelled venues upto 10 out of 11. There are few better examples of Foot Bullets than this.

One thought on “Venue cancels after anti-vaxxers threaten to bomb it.”