Supporters of the Australian Vaccination Network have increased their efforts to suppress critics by abusing Facebook’s “Report Abuse” feature.

Anti-vaccination activists are well known for their attempts to censor the voices of their critics. Their tactics to silence critics include:

Recently #6 has made a comeback with several critics receiving multiple 12 hour bans from Facebook. Even for mundane comments such as this. 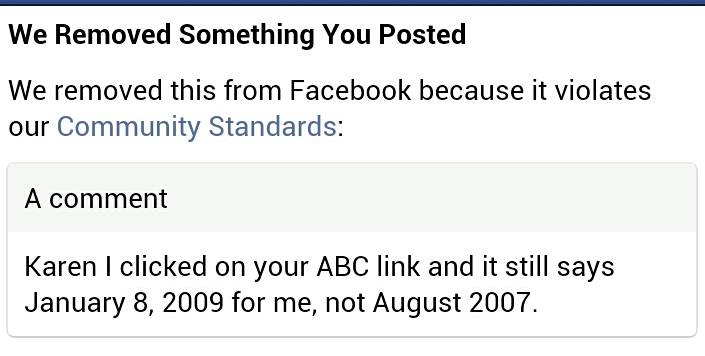 It’s clear that these people are simply reporting everything and anything in order to get their critics removed from Facebook. They have even set up a page to brag about their latest censorship campaign.

This is not the first time AVN supporters have engaged in these tactics. I wrote more extensively about their first round of abuse Here. I have no doubt that this abusive organisation will continue to do whatever it can to silence criticism. But rest assured we will all still be here fighting to close the bastards down.