Back in 2011 MerylDorey, then president of the Australian Vaccination Network made her now infamous Facebook post likening vaccination to rape.

After being repeatedly condemned by the media and society in general it would be expected that even the most moronic half-wit would have learned their lesson about making such absurd comparisons. However anti-vaccination campaigners it seems are not quite as intelligent as moronic half-wits because even after years of condemnation they are still making such comments.

Just a few hours ago the Australian Vaccination Network made the comparison again. Because some people never learn. 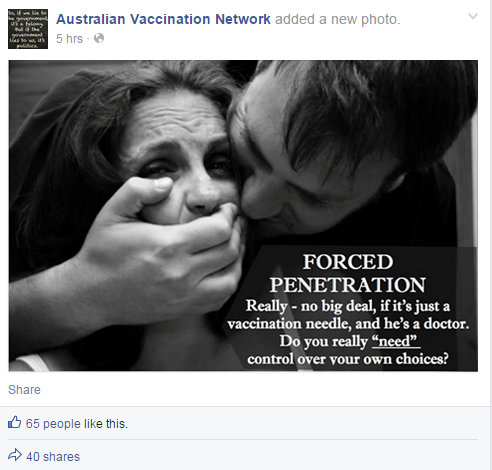 However, unlike fours year ago the AVN is now coming under fire from within. 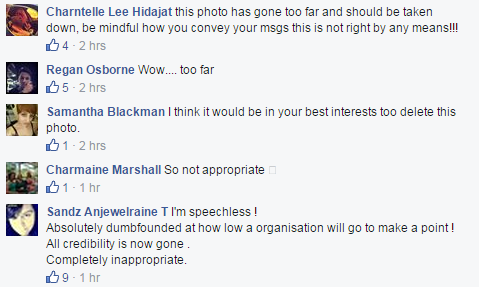 Even confirmed anti-vaxxers don’t want anything to do with it.

With Facebook posts such as this the AVN is quickly alienating the few remaining friends it still has.